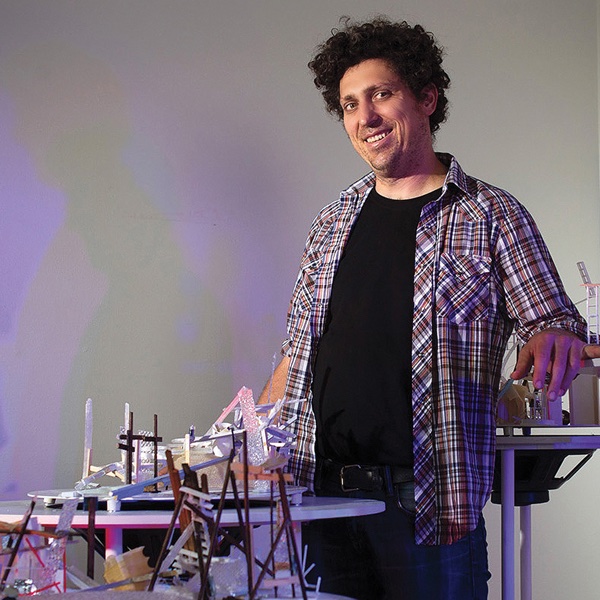 Full disclosure - I was an employee of Softron Media Services for several years and I continue to work with Softron as an outside contractor doing technical support for the Americas. There is a reason why I am writing this testimonial even though it might seem a bit unusual for a piece like this to come an “insider” - since 1995, I have also been a performing and visual artist using audio visual technology. I have exhibited artwork that incorporates interactive audio and video since the late nineties, I have received various awards and I have been selected to some very competitive exhibitions. Aside from my work at Softron where I have done a lot of internal testing, I also have the fortune to test some of their products in the field and on my own projects.


The true test of whether a product works for me is, can people “literally” beat on the project all day and have the expensive parts i.e. the computers, audio devices, microphones, FM Transmitters and peripheral technology still functional at the end of the day. The most recent Softron product I field tested this way was for a project using OnTheAir Studio. OnTheAir Studio is a product marketed towards radio stations for playout, scheduling and on the fly live jingles and advanced playlist features.

In planning for my projects I often find that the simpler the solution the more elegant and reliable the results. This is where Softron excels: the simplicity of the user interface coupled with professional features - it is not easy to balance these two things and Softron makes it their mantra.

Recently, I have been exhibiting a project called “n o w h e r e r a d i o”, first near the Sequoia National Park in a project called East of Fresno and more recently in Oakland, California as part of the Mobile Arts Platform and Art Murmur. The installation uses several types of microphones and sensors to capture sounds, the microphones are hand constructed and the electronics and software undergo thorough testing. Multiple channel processors, MIDI devices and sensors are also used. The transmitter is a legal FM transmitter for large building use and can be adjusted in power and signal strength. The transmission is received and amplified via radios located strategically around the installation and within the transmitter range, the range can vary from a couple hundred feet to a mile in diameter depending on the installation space.


This is an art installation that requires audience participation and in Oakland I had over two thousand visitors. Each person took part in making sounds and beating rhythms with the provided instrumentation. The instruments and devices used to make sound in n o w h e r e r a d i o are created from found objects, custom manufactured materials and hand made electronic parts. These ranged from kitchenware to heavy machinery. The objects are created with a dual purpose. One is to create a work of art that can stand alone as a visual element and the other is to take advantage of the resonant acoustic property of the objects and materials themselves. The MIDI element of OnTheAir Studio was critical. I was able to rig sensors to the instruments and OnTheAir Studio was able to translate the MIDI input to preset tracks allowing layers of sound to be generated by the participant. I was also able to use the playlist function to output previous sessions of the project to add to the sound produced. This was all broadcasted to the transmitter flawlessly out of a MacBook Pro. The FM transmission was audible on portable radios from four blocks away.


During a heavily attended event like the one in Oakland it is expected that the instrumentation gets pretty badly damaged and some of the radios in the array were damaged. The project was powered via a gas generator which can be nerve wracking at times, but from beginning to end the audio produced by OnTheAir Studio never failed. That is pretty astounding. This particular project is akin to allowing 2000 visitors to have complete access to your recording and live studio over the course of 8 hours. OnTheAir Studio is both simple and reliable, but one of the features I like the most is that it is rugged and works flawlessly.