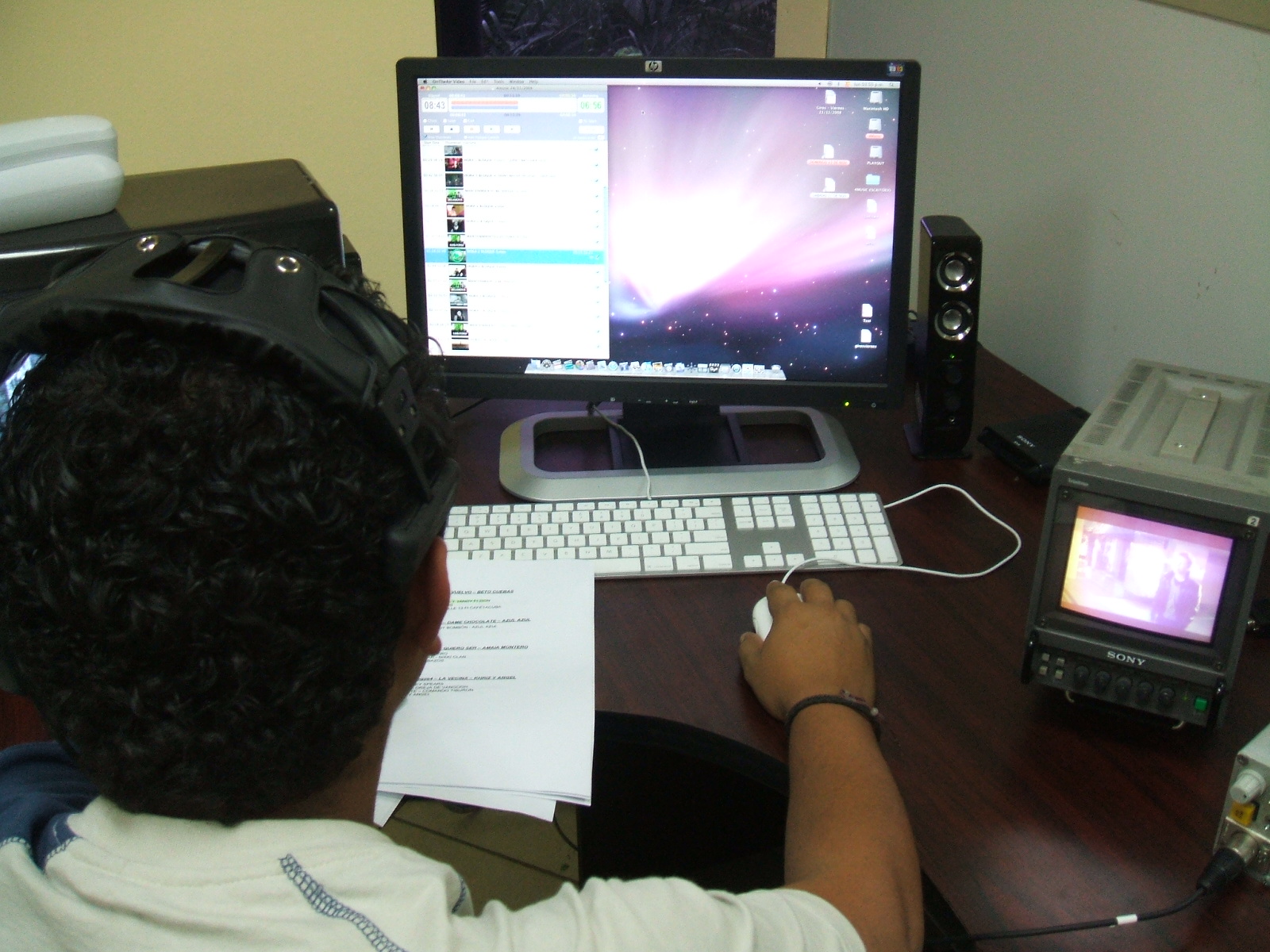 OnTheAir Video’s simplicity and versatility was the reason why REPRETEL, generally a technologically conservative broadcaster, chose Softron and the Mac platform.

All production work for GIROS is done in HD with acquisition done by a Sony XDCAM EX. Three Final Cut workstations are used for ingest and editorial while one workstation equipped with an AJA Kona3 and OnTheAir Video is used for playout. All four workstations are networked together using a 1 Gb Ethernet switch. REPRETEL ’s challenge was to shoot in XDCAM EX using the ExpressCard in HD and to convert all of the media to SD for broadcast. Prepretel broadcasts in NTSC SD as well as ATSC HD but the overwhelming majority (98%) of Costa Ricans receive only NTSC in a 4:3 format.


OnTheAir Video’s simplicity and versatility was the reason why REPRETEL, generally a technologically conservative broadcaster, chose Softron and the Mac platform. REPRETEL already owned four traditional video servers, an old Sony MAV-1000, a Sony VSR-2000, and two Leitch Nexio systems but found the software complicated and rigid. OnTheAir Video’s drag and drop ease of use made the decision to move to a digital workflow an easy one. As a clip store, OnTheAir Video is fast, configurable and reliable.


The challenge was start a program with XDCAM EX, in ExpressCard, and only HD, to convert to SD to broadcast. REPRETEL is broadcasting in NTSC SD and ATSC HD but tthe 98% of costarricans receive only NSTC 4:3.

The versatility and simplicity of use of Softron software and Mac platform is the key to introduce them in a very conservative enviroment.

REPRETEL own 4 traditional video servers: an old Sony MAV-1000, a Sony VSR-2000, and two Leitch Nexio, but the softwares are nomally complicated and very rigid. With Softron is just drag and drop. Just one simple explication and the operator start to broadcast.


The Softron authorized reseller responsible for the installation and support for this installation in Costa Rica is Sonivision. The sales engineer is Filippo Ferlini. The General Manager of Engineering at REPRETEL is Luis Abarca.