Cable TV at its best – made possible with Softron’s OnTheAir Node and OnTheAir Manager. We are SOOOOOOOOOOOOO happy with Softron! On Monday our old system died. By Friday we were up and running on Softron. That's just unbelievable.

It was on the first of October that then Technical Manager of the Tampa Bay Arts and Education Network, G. Scott Maiden contacted Softron Media Services to inquire about Softron's Mac based playout and scheduling software. TBAE, established in 1987, operates two cable access channels, the Tampa Bay Education Channel and its sister station, the Tampa Bay Arts Channel, that reach over 300,000 people regionally in the Tampa, Florida, USA area. Their mission is to use communication technologies to deliver lifelong learning and invigorate intellectual life in the local and online community. Working closely with community education and cultural organisations, the TBAE Network has built a solid reputation as a dependable and cost effective way to provide practical educational programs to help people achieve their educational and intellectual goals.


Scott contacted Softron because TBAE was looking to upgrade their master control automation system. He found information about Softron online and was particularly interested in Softron's OnTheAir Node and OnTheAir Manager software, Softron's client server application that supports any number of playout channels and can be controlled from any of the Macs that are networked together. Scott wanted a solution that would grow as TBAE's needs grow. Additional criteria for the solution that he was looking for was that it have advanced programming features yet be easy to implement and maintain. TBAE had sophisticated programming and wanted something that matched their way of working. They were not in a hurry to change but since their existing system was getting on in years, they wanted to take their time to find any alternatives available. 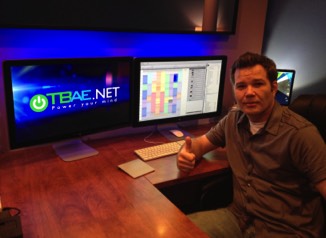 Mike Skibra, Softron's US based Business Development Manager, advised Maiden that Softron has extensive experience with regional television and educational television stations, not just in the USA, but throughout the world. He indicated that some stations match Maiden's exact demographics and gave several examples: Notele, a Tournai, Belgium based regional broadcaster had been using Softron solutions for years. He pointed to another - Goolarri Media Enterprises in Broome, Western Australia which is a fully owned Indigenous company that assists in the development of Indigenous and non-Indigenous media and communications in the Kimberly region, a region where the permanent population is less than 20,000. While Goolari matches TBAE's mission, it addresses a much smaller base. Bringing things closer to home, Skibra referenced HEC-TV in St. Louis, MO, a station that Maiden was familiar with because HEC has a similar mission and clientele in the USA. Finally Skibra mentioned WTOP10 at the State University of New York at Oswego, NY which is a student run station and is also a proud user of Softron's OnTheAir Node and Manager. Skibra hoped that this variety of users would give Maiden confidence that Softron's solutions would address TBAE's criteria.


One thing that Skibra mentioned to Maiden was that Softron relishes comparisons with other systems. He invited Maiden to “test drive” any of Softron's solutions. If Maiden had the hardware, Softron would provide temporary licenses so that Maiden could evaluate and test the software in his own environment.


Maiden's situation was unique in that was currently using a Windows based playout solution but it had a lot Mac gear to begin his testing. Importantly, TBAE had four fibre channel XRAIDs comprising 22 TB of storage. Maiden wanted to start testing a single channel; eventually he wanted to migrate to two channels. He intended the second channel to be a replay channel of the first; channel 1 would play one day and channel 2 would play the same content a day later. Additionally, he wanted both channels to be able to overlay bugs (logos) and also wanted channel 1 to be able to have live tickers. TBAE had Macs but was wanted to use using rackmounted systems where possible. Finally Maiden wanted support for switchers from AJA or Blackmagic Design.

Softron's application suite perfectly fit his requirements. A single OnTheAir Node could be used for the individual channel playout. It works using any of the available video cards from AJA, Blackmagic-Design or Matrox or any of the newer Thunderbolt devices that are compatible with the newer Macintosh computers. The Node has an Overlay Option that would handle logos and graphics. Softron's OnTheAir CG would handle all CG elements requiring real-time text rendering over the video output or live video, including tickers or crawls. OnTheAir Manager would handle all of the scheduling for both channels since the only limitation that OnTheAir Manager has is the number of licensed Node outputs. In addition OnTheAir Node has built-in controll software for either the AJA and Blackmagic Design switchers/routers. Since Maiden was keen on a rack mountable solution, Skibra recommended a 1U Sonnet Technologies Mac mini Server which has two expansion slots and can internally mount a Mac mini. Finally Skibra pointed out that each Node validates all of the media available for playout for each channel – and that there is no limit to the number of clips, so 22 TB of media posed no problem for the the system at all.


Maiden received the temporary licenses from Softron and began his testing. He felt confident that the rest of the team at TBAE would find that the Softron solution met their needs. He still wanted to spend more time before moving ahead but then their existing automation system failed. TBAE now would not only have to test a system but fully implement it in a matter of hours. The temporary licenses that Softron provided were fully functional so the station could use them to go to air even before the actual purchase their own Softron licenses. Then things went quiet until Skibra received an email that started:


TBAE ordered the software. Maiden asked for the dongled version so that he could easily move the license from workstation to workstation. During the next few weeks, TBAE would have their hands full with lots of changes. They had new staff, new television programming, new schedules and a new playback system. One thing that they did not have to worry about was working with Softron.


Scott Maiden has since been appointed the Director of Broadcast Operations and Engineering at TBAE. TBAE has decided to use their second Node as a second programmed channel instead of as a a replay channel. In addition, they are also planning to add Mac based encoding using Softron's MovieStreamer HLS for live HTTP live streaming. Maiden believes that OnTheAir Manager's graphical users interface (GUI) was a sea-change for them and allows them to program deeper into the year which translates into easier marketing. Maiden never thought that he would find a Mac based playout system as easy to use and as powerful as Softron's. He considers Softron a dream come true.


The communication between station and manufacturer has been excellent as evidenced by TBAE's Maiden to be a reference for Softron. He can be reached at the station via email at scott@tbae.net . Mike Skibra, Softron's Business Development Manager can be reached at sales@softron.tv.


The photo is a shot of Scott Maiden and his office rig. He has been "Screen Sharing" with an iMac running OnTheAir Node and OnTheAir Manager. By leaving his dongle licenses in the iMac, Maiden can make changes on the go using his iPad mini. He uses “Air Play" to display the iMac desktop to an Apple TV hooked up to a 42" LED TV located in the office area to monitor everything day to day.